Is it your first time in Seattle? Well, you’re definitely in for a ride, or a few, quite literally. Seattle’s downtown area isn’t very large, and it’s entirely possible to get around on foot. However, if you’re here for good, it would be useful to get to know about some other transportation options to commute in the larger metropolitan area.

While you could always drive around in your own car, the traffic in this part of the city will eventually start getting to you. We suggest you skip the trouble and opt for one of these transportation options instead.

Buses You Can Take

While you’re in Seattle, buses are your go-to ride. There are numerous routes and bus services to get you anywhere you need to be, no matter what time. Here are some that we find uber convenient.

Keeping in character with its name, it’s the king of Seattle’s public transportation system. From Mountlake Terrace in the North to Federal Way in the South, the metro will easily take you all around Seattle.

Here’s Why Metros Are A Popular Choice: 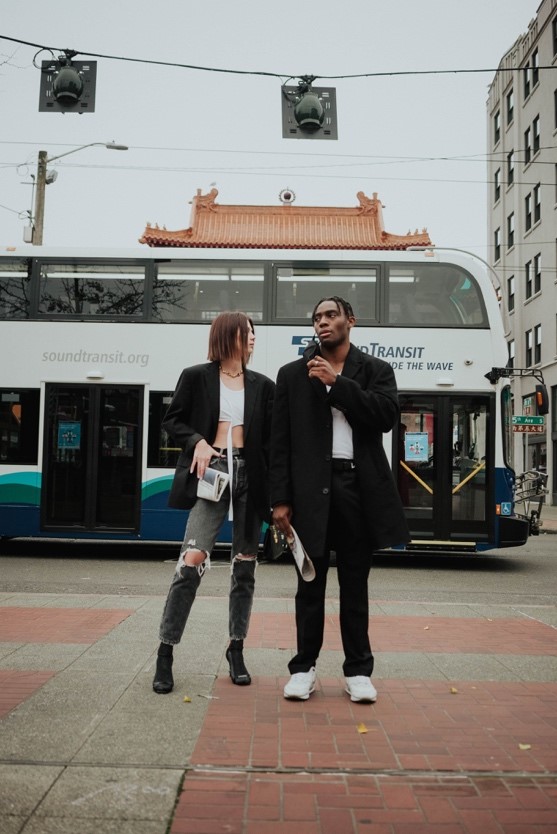 Sound Transit actually works with King County Metro to be even more accessible to a wide variety of commuters. Its routes go beyond the city all the way to DuPont and Everett, Sammamish, and Issaquah.

Here’s Why We Find Sound Transit So Convenient:

You can check out some other great bus options including Community Transit, Kitsap Transit, Pierce Transit, Access Transportation, and Downtown Circulator Bus.

Railway to The Rescue

Another quick and popular way to get around Seattle is through the many railway options. We’ve streamlined the facts for you below so you can pick the right one.

These are interesting and innovative transportation buses of a sort, but ones that operate on rails. As fun as they sound, there are currently only two streetcar lines in Seattle, one in South Lake Union and the other in First Hill. They have multiple stops throughout the surrounding areas. So, if you’re in one of those neighborhoods, streetcars can be a great way to get around.

As part of the Sound Transit system, a link light trail can get you around Seattle, stopping on one of its many stops around the city. It’s a great way to avoid the bustling traffic. You can plan your trip online as well.

If you’re in Seattle for the first time, you have to be on the Monorail at least once. While it’s mostly for tourists, if it does cover your regular route, you can always have some fun while getting to work! It has come to be known as Seattle’s landmark and connects downtown Seattle and Seattle Centre. And the best part is that it departs every 10 minutes from its two stations in Seattle Centre and Pine Street.

This one connects King Street Station in Seattle to Portland in the South and Vancouver in the North, covering scenic landscapes in between. We’re guessing you won’t be using Amtrak too much, but it helps to know things; you never know when you might want to get away for the weekend!

Splash Around in The Water Routes

Seattle is literally an aqua park disguised as a city, and nobody can tell us otherwise! It’s not only surrounded by water, but also has numerous rivers flowing throughout the city, which sometimes means the smartest way to get around is by hailing a ferry. 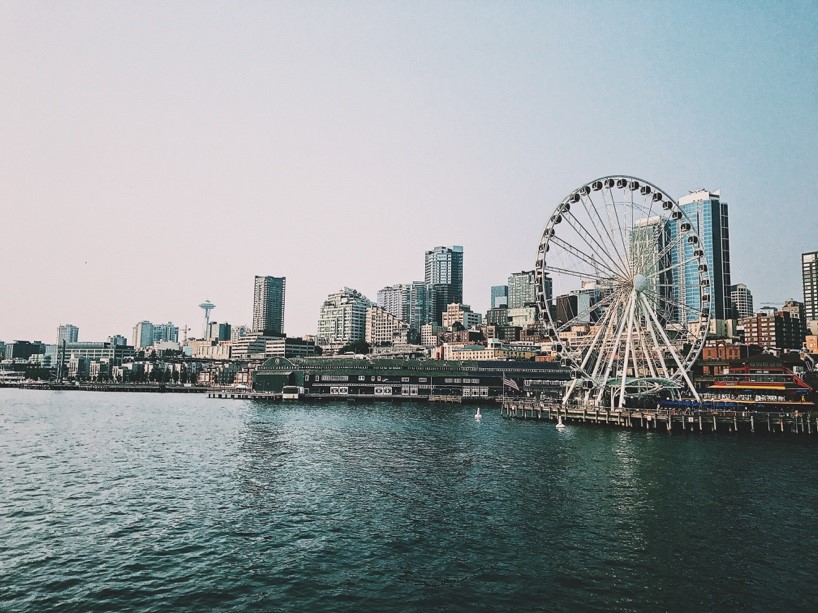 Seattle has an extensive ferry system, and using it is not only fun, but it’s also very practical. While a lot of locals ride them to get across the water to get to work while taking their cars along, it’s also a popular choice for tourists who just want to enjoy the ride or admire the Seattle skyline from a different angle. All details, including fares, routes, and tickets for the ferries, can be checked online.

King County’s water taxis are also a popular choice for walk-on passengers. You can’t drive on them, but they can take you to West Seattle and Vashon Island from Seattle’s waterfront on Pier 50.

Once you start living here, you’ll notice that bikes are all the rage in Seattle. There are plenty of bike lanes, and there are also bike maps to assist riders with local routes, trails, and transportation options with bike racks. It’s definitely a quick way to get around the city while skimming through the traffic.

How to Move Your Stuff Though?

While there are no shortages of transportation options in Seattle for you and your family, you can’t lug all your belongings on the bus!

Whether you’re moving from a different city or making a move within Seattle, you need to get some Seattle moving help.

Since there’s lots to see and enjoy in Seattle, we highly recommend using professional moving services like ours in Seattle to make sure you’re still feeling energetic about getting around the city after you’re done with the move.

Book your move with us to avail quick and efficient residential moving services Seattle; you can give yourself a break while we handle everything for you! Call today.